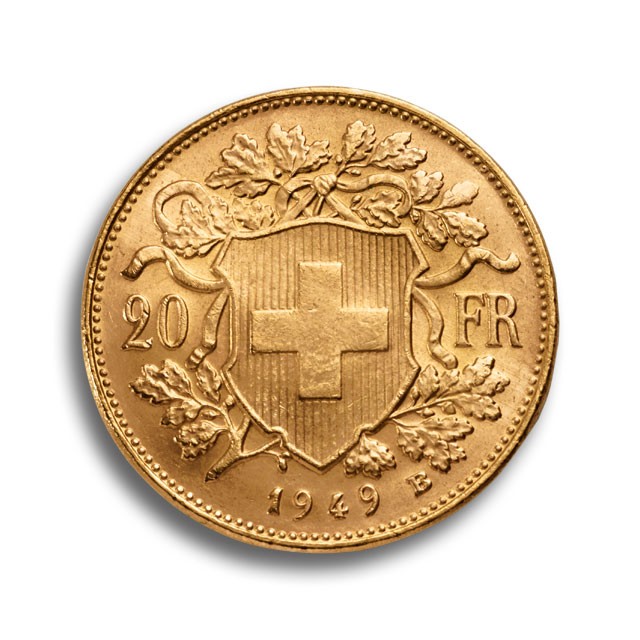 The Swiss Vreneli gold coin is one of the most sought after gold coins around the world. Investors in Europe have a natural affinity for the Swiss Miss, while investors in other parts of the world purchase the coin for its beautiful portrayal of history.

The pioneering Swiss Vreneli gold coins were minted in the 1800-1900's. If you are an investor looking forward to buy gold coins, read on to find out the reasons why you should opt for the Swiss Miss.

The Features of the Swiss Vreneli Gold Coin

​The History of the Swiss Miss

Tthe Swiss Vreneli Gold Coin was authorised by law in 1896, and the name of the coin was derived from “Verena”, a figure personifying Switzerland as a confederation.

The value of the coin is nominal compared to the coin's gold content value.

These pioneering coins were made at the Swiss Mint in Bern, however the die engraving was completed by the Paris Mint.

The forces of demand and supply around the world dictate the market value of the beautiful coin. The supply of Swiss Vreneli coins is limited due to the fact that production of these gold coins was stopped in 1949.

The Swiss Miss is an historic and a collectable item.

Investing in the Swiss Miss is a prudent way to secure your portfolio against economic and political problems that plague the financial markets.

All Swiss Vreneli gold coins are available for delivery worldwide or for VAT-exempt Swiss storage. Vrenelis are also available in wholesale purchases of 100 coins.