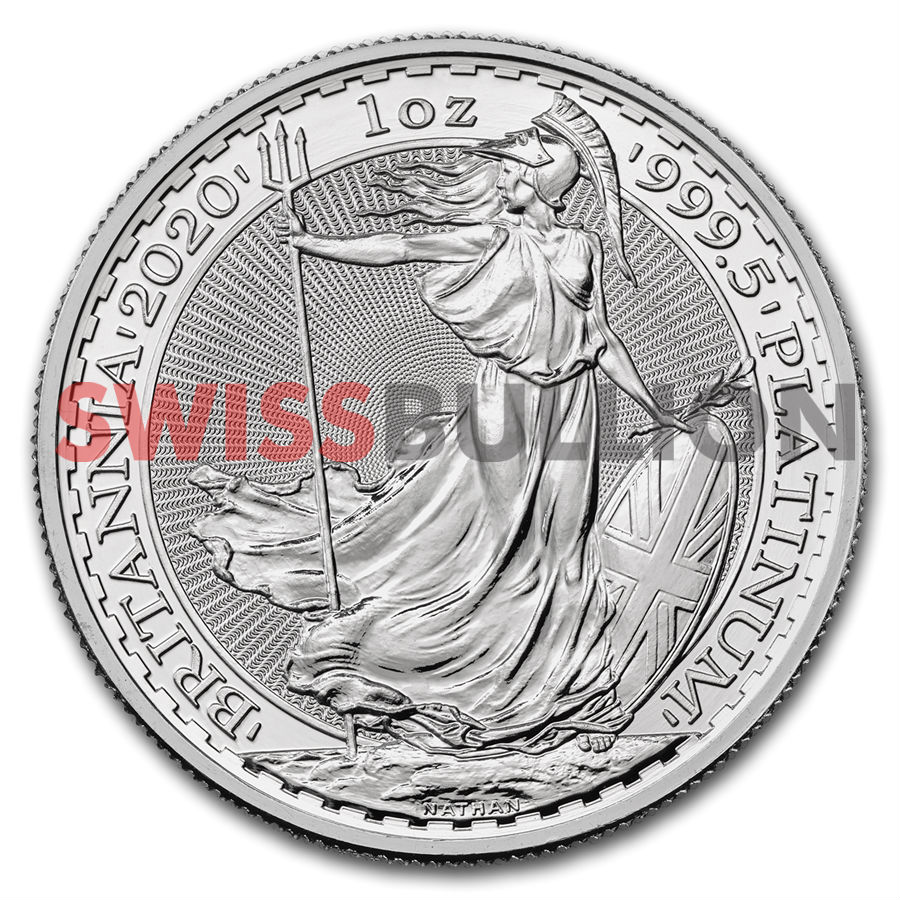 2020 is the third year that the British Britannia 1 Oz Coin coin has been available in platinum to precious metals investors.

The British Britannia coin series was first introduced in gold only. However, the series has grown increasingly popular among gold and silver investors, and was released first in silver, and then in platinum.  The silver and platinum British Britannia coins are both available in 1 Ounce sizes.

The Royal Mint produces both the British Britannia and British Sovereign coin series, which are very popular with precious metals investors. In 2018, a 10 Ounce Valiant silver coin was also released.

British Britannia coins are especially popular for British investors, because there is no capital gains tax on these coins when they are sold.

In addition to the platinum British Britannia, there are a number of other platinum coins currently available that are also popular with precious metals investos, including the platinum American Eagle, platinum Maple Leaf and platinum Philharmonic.

The 1 Oz 2020 Platinum British Britannia Coin is a product of the Royal Mint and is made of 999.5 pure platinum. The UK government consider the coin legal tender, which makes it exempt from the Capital Gain Tax. The 1-ounce platinum coin is minted along the same design as the coins made of gold and silver. The back of the new platinum coin features the design of “Lady Britannia” as portrayed by Philip Nathan. The background of the coins also has a guilloche effect that was used for the first time on the Oriental border Britannia coin.

The front of the coin features the fifth and latest portrait of Queen Elizabeth II, introduced for the first time in 2015. The design was produced by the engraver Jody Clark, the founder of Royal Mint. His initials are inscribed below the Queen’s effigy. Just like the third portrait, the new design portrays the Queen wearing a state diadem issued by George IV.

The Features of the 1 Ounce 2020 Platinum British Britannia Coin

The image of lady Britannia disappeared for a while but was reprinted on coins by Charles II in 1672.  The manner lady Britannia is depicted has changed over the years, but the message has remained the same. The lady is a symbol of strength, courage, peace, wisdom, and Britain’s naval strength. This is evident in objects lady Britannia holds, which include an olive branch, a trident and a shield.

Philip Nathan created the current lady Britannia design in 1987. This design depicts Britannia standing against strong wind wearing a classical gown. Nathan’s design is classic and have stood the test of time to appear on the 1-ounce 2020 platinum British Britannia coin 30 years later.

Some investors still commit the mistake of overlooking platinum when diversifying precious metal portfolios. On the contrary, evidence indicate that investing platinum bestows enormous benefits to investors. These benefits include: