Perth Mint Kookaburra Silver Coins were first introduced to the precious metals market in 1990. They were the first bullion coin from the Perth Mint to feature the same native bird species annually. The Perth Mint is the official mint of the government of Australia, and is responsible for minting all legal tender coins in addition to its line of precious metals bars and coins. The Perth Mint sell a number of popular products, including their Lunar series, and the Kangaroo coin, which is available in gold, silver and platinum.

Australian Silver Kookaburra coins are available in limited edition. Each year, the design of the Kookaburra on the reverse side of the coin is changed. Production of these coins is capped at a mere 500,000 coins each year, making them desirable for silver coin collectors, and some investors. Due to the fact that these coins are manufactured in limited quantities annually and the design is updated each year, some silver Kookaburra coins have appreciated in value over time. 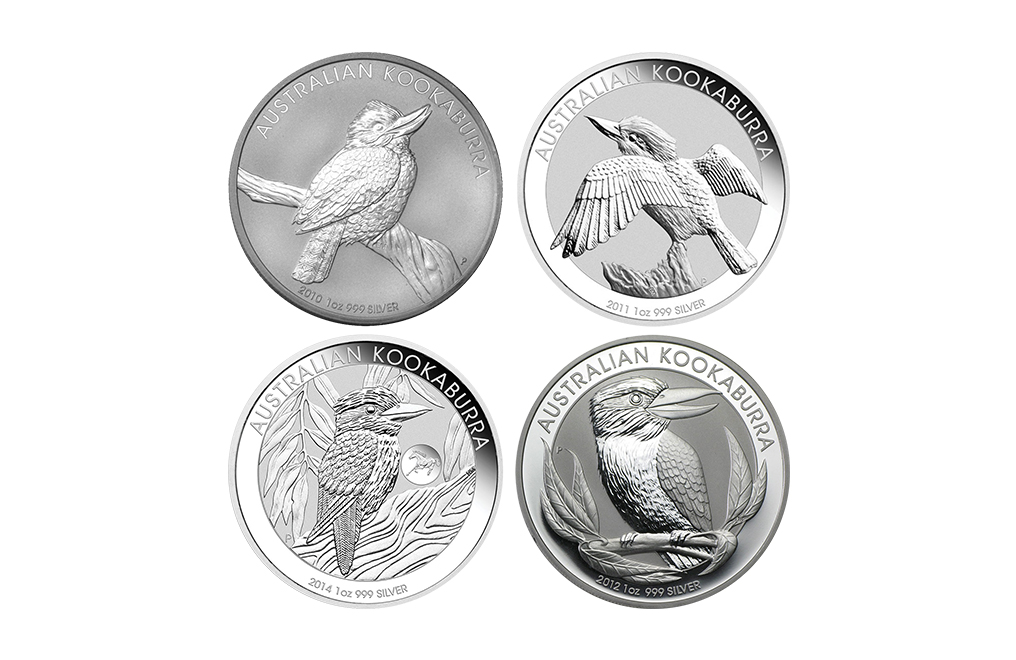 About the Silver Kookaburra

The Perth Mint Kookaburra silver coin is .999 pure silver. As of 2018, the purity of the silver used in the Australian Silver Kookaburra coins has been increased to .9999. This makes these silver coins one of the purest currently available in the precious metals market.

The Perth Mint releases the silver Kookaburra coin in both proof and BU quality.

Proof coins are the highest quality of collectable coins. They are hand finished to make sure all the imperfections are removed before they can be used for striking a coin. Proof coins are given a far gentler treatment, being struck up to 6 times and at a speed lower than other finishes. These speciality coins are checked after each striking and the dies are cleaned away to avoid imperfections. This gentle treatment means they can proof no more than 50 coins per hour.

Bullion coins are made at a much higher rate, with a total of up to 250 gold coins and 3,000 silver coins being struck per hour. Bullion coins are often collected for their intrinsic qualities, and are not as high quality as the proof coins. However, they also sell at a lower margin over the spot metal price. As a result, they are more popular with silver investors.

In 2015 a special Australian Silver Kookaburra coin was released in order to celebrate the coin's 25th anniversary. These special edition, highly collectable coins featured the same image of the Kookaburra that was used on the original, 1990 coin.

The Australian Silver Kookaburra coins are among the most popular silver investment coins. They’re semi-numismatic which means their value includes not only the collectability of the coin but the value of the metal as well. This makes these coins potentially very valuable. The Perth MInt also produce the silver Koala and the silver Kangaroo coin. Both of these coins also feature similar qualities to the silver Kookaburra coin. Their image is updated annually, and they are purchased for both investment and collecting purposes.