The silver Koala coin is released by the Perth Mint in Australia annually. The coin was first released in 2006, and has been released continuously since then. The Koala series is currently only available in silver, however the Perth Mint did previously issue a Koala coin in platinum.

A History of the Silver Koala 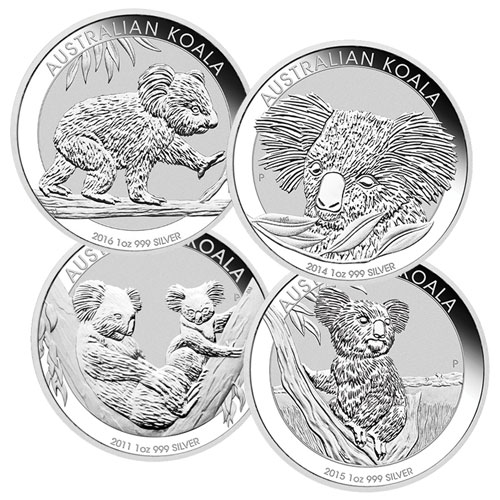 About the Silver Koala

Unlike most silver bullion coins, the Koala series is available in a range of sizes, from 1/2 Ounce to 1 Kilogram. However, the most popular size is the 1 Ounce Silver Koala coin. Each coin features an image of Queen Elizabeth II on the front, with the coin's face value located at the bottom.

The reverse of the coin features an image of a Koala in the middle, with the words "Australian Koala" located above, and the coin's year of minting, fineness and weight below. All silver Koala coins contain 999 pure silver bullion.

Each coin comes individually sealed in its own plastic capsule. Coin's are available wrapped in plastic seal in rows of 20 pieces.

The Perth Mint also issue the silver Kookaburra and the silver Kangaroo coin, the gold Kangaroo, and the platinum platypus.