Inflation Creep is a Real Possiblity

“Bad” inflation – a demon for investors unprepared for its effect – could be at the doorstep.  In recent weeks, inflation readings across the globe have come in.  Overall, they’ve been fairly benign.  “Formal” global inflation is below 2%, with no signs yet that things are changing.

Are we at the “calm before the storm” moment?  Perhaps the risk of undesirable high inflation has been beaten for good?

Individuals’ and businesses’ expectations on this question could provide the deciding factor in the coming years.

Looking at Inflation Across the Globe

The United States
Up first, the United States.  At 1.9% year-over-year, consumer inflation in the world’s largest economy is relatively low.  If one classifies the inflation rates into three groups, the current inflation rate is in the lowest group (red) but trending towards the yellow signal area.

By any measure, benign. 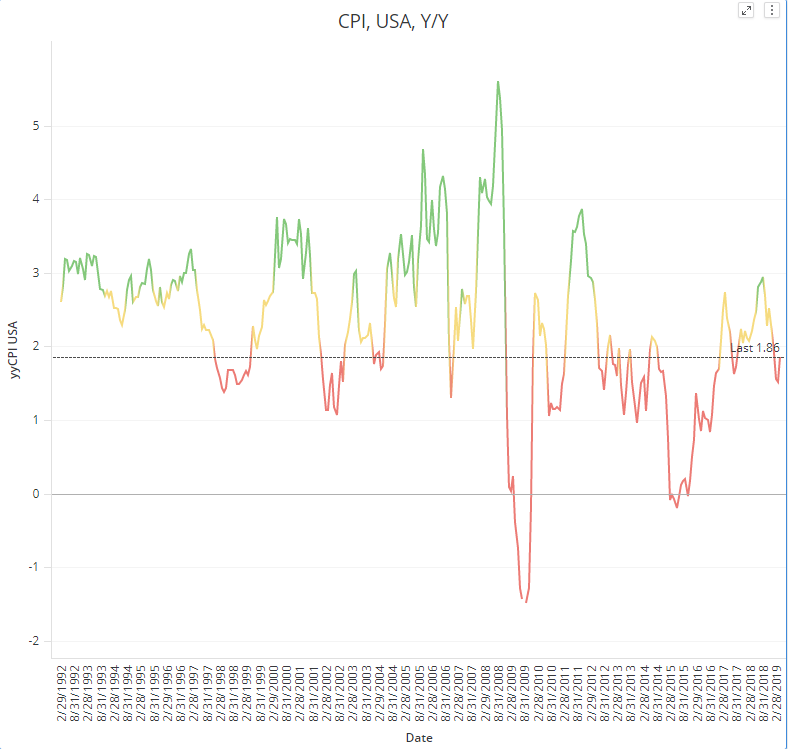 Germany
Let’s shift to the European continent.  German inflation is weaker than in the U.S. at 1.3%.  The measure weakened recently after peaking at 2.3% in October 2018.  As with the picture in the U.S., inflation across Germany is not yet a problem. 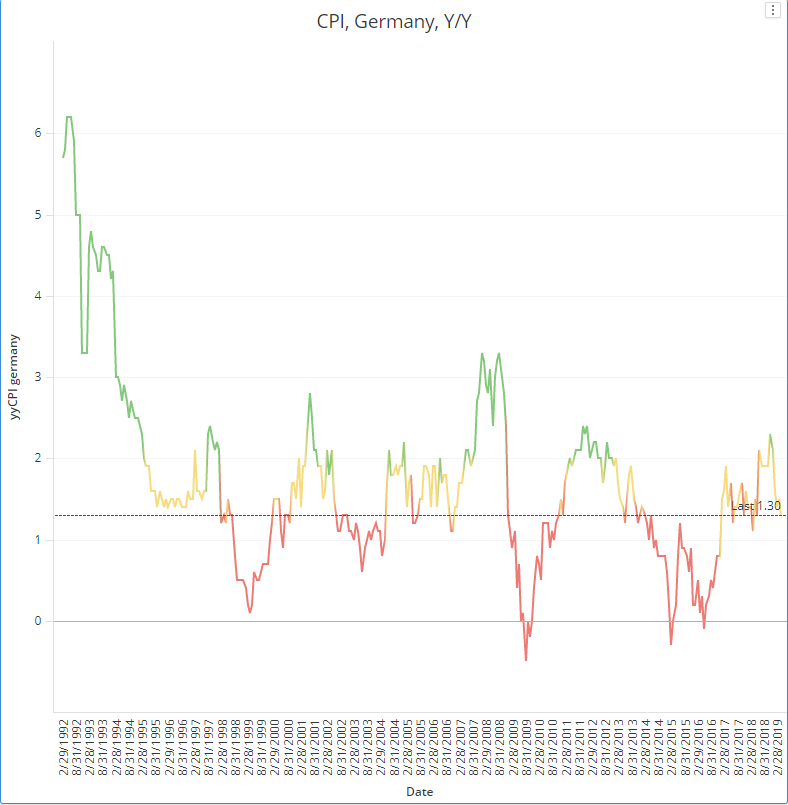 The U.K.
Shifting to the U.K., inflation is higher than Germany, but not much higher at 1.8%.  The current trend for UK inflation is downwards.  Does this suggest a calm before the storm? 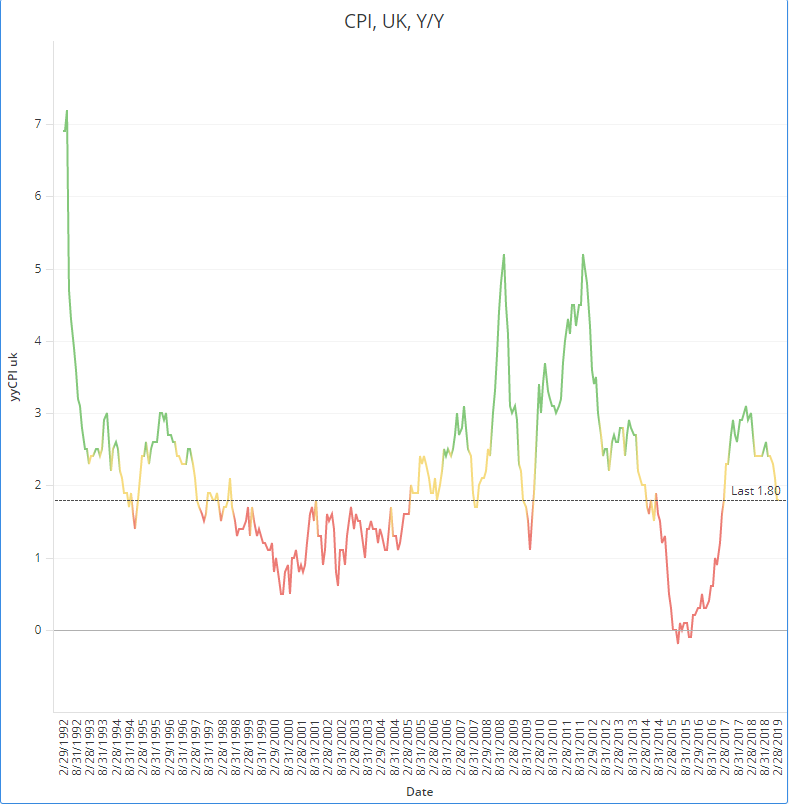 Euro Area
Moving to the Euro area as a whole, inflation is at 1.29%.  On a color basis, Euro area inflation is in the red area, and has been there since November 2018.
Given the relatively low official inflation rate, it is hard to see policymakers form the European Central Bank making any decision in the near term that would put even more downward pressure on prices.  They’ll more than likely be as loose as a freewheeling lady. 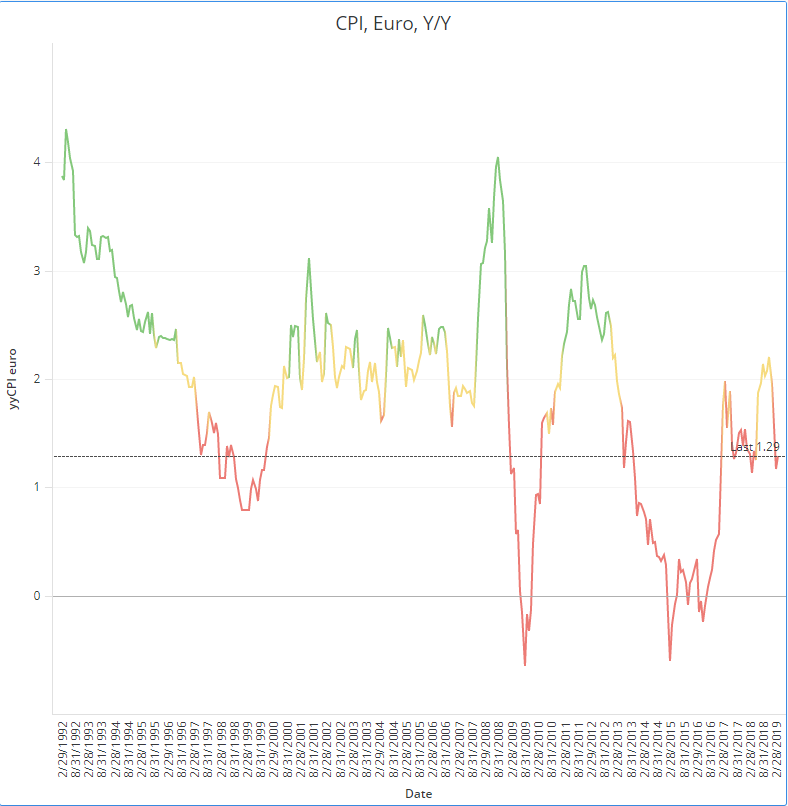 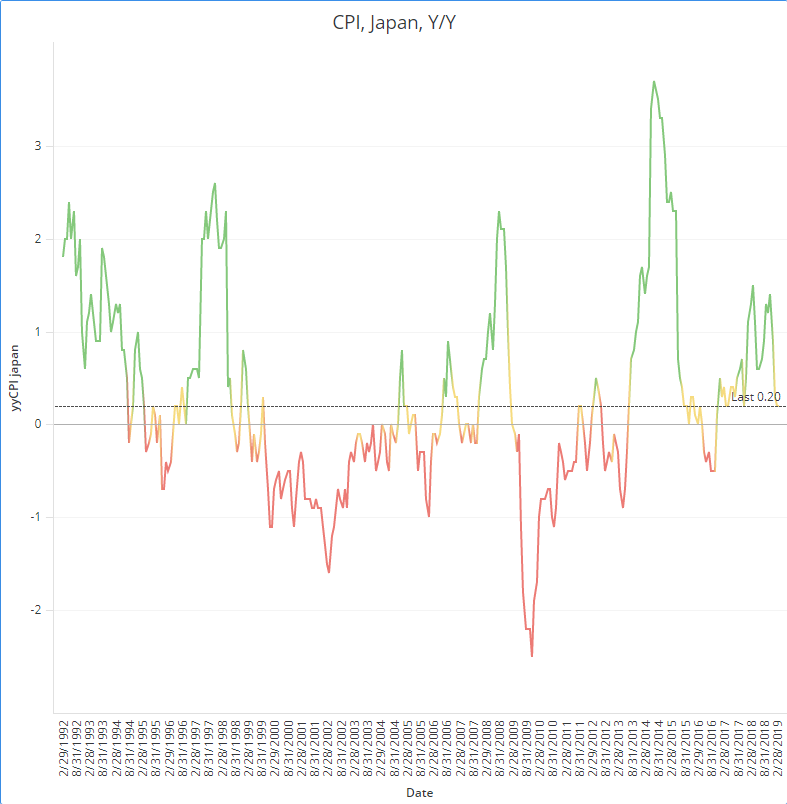 Some analysts would certainly suggest the answer to this question is yes.  With inflation low and interest rates even lower, this encourages investment risk-taking and booming labor market conditions.  That’s what we generally have across the world right now.

At some point, that risk-taking turns into undesirable risk.  But before that happens, a period of strengthening inflation always occurs before the storm.