Does Oil Move With Bitcoin?

Prior to the onset of the data economy, there was a general view that oil was the lifeblood of the global economy. That weak consensus is gone. Oil’s reign is now subject to debate. Other asset assets that grease the wheels of economic growth include the massive data information economy and financial speculation.

With both assets reflecting some of the same investment concerns, one might think that the two assets should move somewhat together. They do not. Instead, it is quite difficult to see any strong positive or negative correlation between the price of Bitcoin and the price of oil.

The following graphic is the evidence. On the left axis is the price of Bitcoin (on a log basis, in blue). On the right axis is the Brent Crude Oil price (orange). Any noticeable connection? Not really. 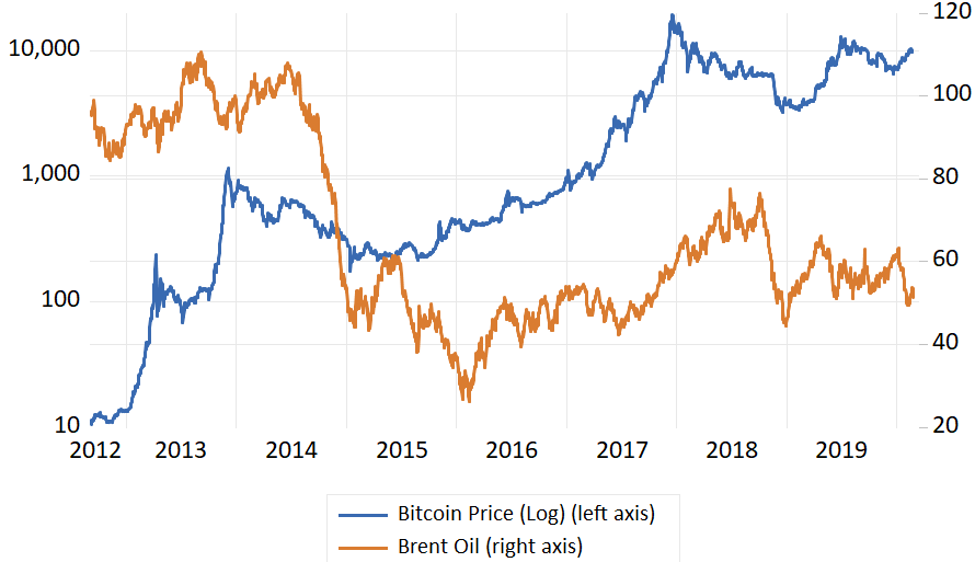 Why Do Bitcoin and Oil Not Move Together?

There are at least two reasons that provide some explanation.

Reason 1. The first reason is that price movements in the price of Bitcoin are becoming increasingly connected with central bank movements. Bitcoin was originally developed (partly) as a response to government manipulation of the money supply. Bitcoin holders were hedging against high inflation and depreciating values of fiat currencies by purchasing an asset with a fixed, growing supply that has no central controller.

In contrast, oil is becoming ever more connected with the demand side of the global economy. The recent drop in the price of oil can be traced to concerns about demand for every barrel of oil. 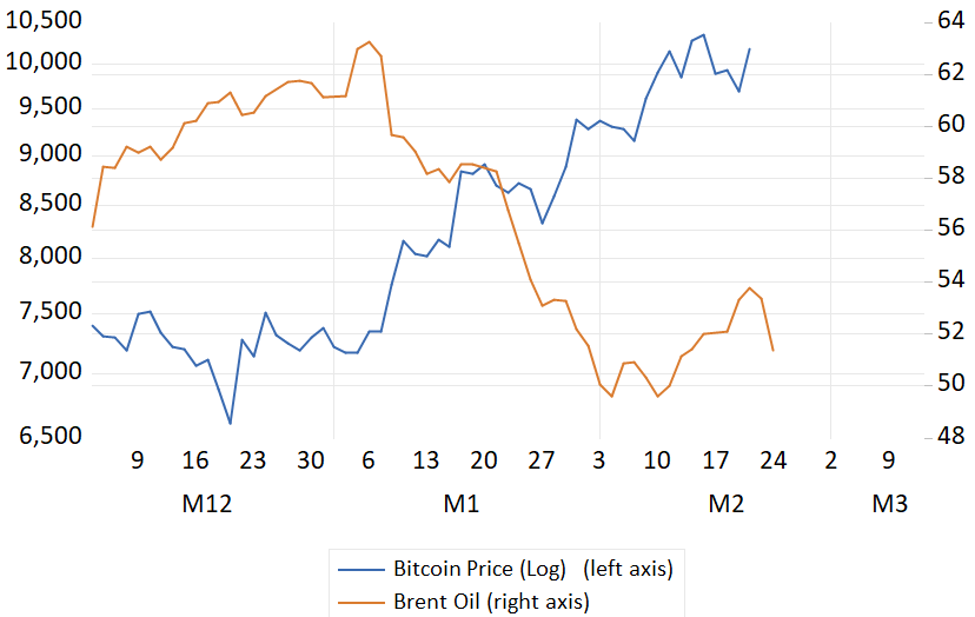 Reason 2. A second reason for the marginal connection between the price of Bitcoin and the price of oil is supply side. The production of oil has become greater in recent years and the availability of an increasing supply of oil puts downward pressure on the commodity. In contrast, Bitcoin’s supply is fixed. It will never have ups and downs in discovery of new product. This certainty explains perhaps some of the divergence between the two prices at certain times.

The price of Bitcoin and the price of oil are fairly unrelated. To some investors, this might be surprising, but after considering the different reasons individuals invest in Bitcoin compared with oil, it seems reasonable that the two assets’ price movements would only be marginally related.