The world’s population growth is generally slowing.  This is something few in human history could have foreseen.  A completely new view of children has emerged in recent years in some circles.  Instead of children being the assets of the future, they are (again, only in some circles) being viewed as liabilities.

How are children liabilities and why are so many households opting not to have children?  Well, one theory is that children used to help out on the farm, providing valuable productivity to family life.  In today’s urban environment, children have become more of a luxury and a potential liability if divorce is ever on the table.  Let’s take a look at recent population trends.

Population Growth is Slowing Across the Globe

The following figure shows the year-over-year change in population for three of the most influential areas on the globe – the Euro area, the United States, and China.  A little less than half of the world’s population resides in these areas.  As depicted, population growth is slowing in each of these areas.  In the Euro area, population growth declined to below 0.2%, an incredibly low number that few would have expected even 20 years ago.  In China, the growth rate in population has declined from 0.7% in 2001 to 0.4% in 2018. Unless something big changes, the trend for China is for negative population growth in the near future.  In the U.S., the growth in population has declined the most, having gone from 1.0% in 2001 to just over 0.6% in 2018.  Population, and in particular the creation of children, has changed in the past few years. 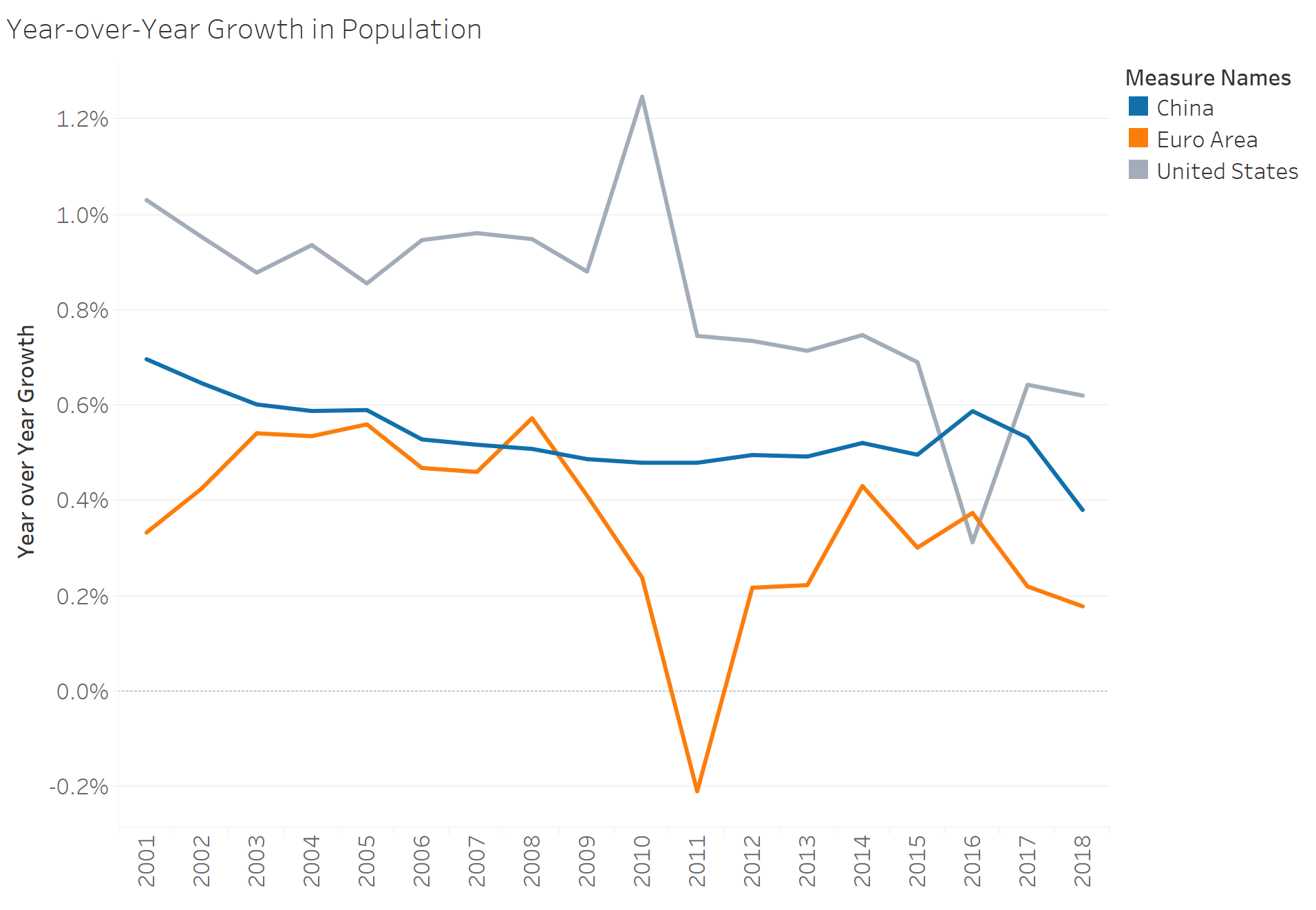 What Happens with Gold When Population Declines?

As with anything in the financial world, a demographic trend is a boon to some investors and a drag on others.  In relation to gold, a declining count in children is a big win for holders of gold and other precious metals.  The figure below has the price of gold from 2001 to 2018, covering the same period as the previous graphic.

Does anything stand out?

One very obvious conclusion is that gold has gained a massive amount in value.  Over the period shown, the price of gold (as measured by the London PM) has gone from $271 per troy ounce to $1,455, a gain of 437%. 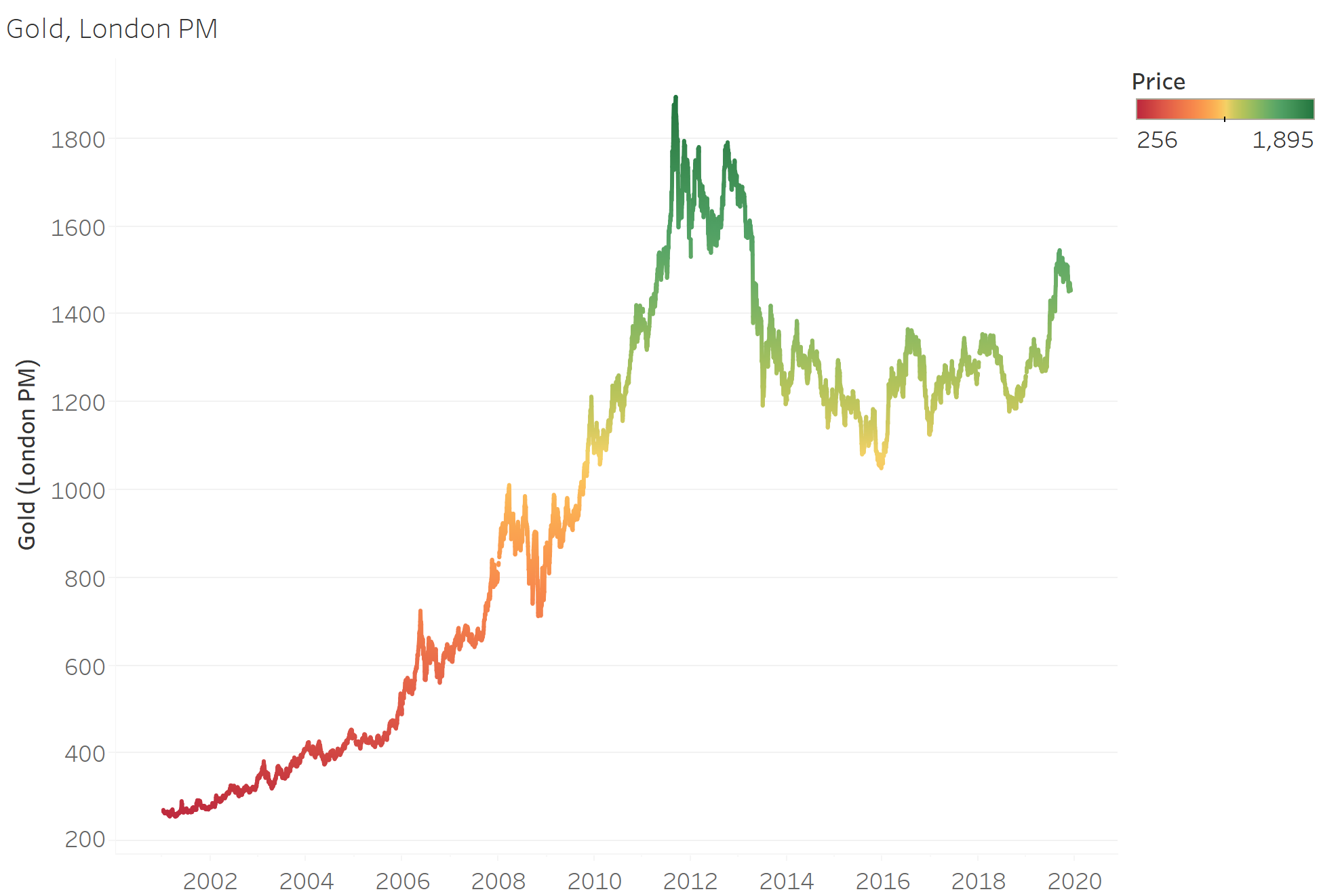 What would cause the price of gold to rise with population growth decelerating?  A number of theories could explain the observation, two of which are a shift in consumption patterns and a risk-hedge against government spending.

On the first, with slowing population growth, consumers are shifting spending away from typical household items related to family life to more luxury items, such as investments and precious metals.