PAMP was the first precious metals refinery in the world to introduce the concept of an artistic design on an investment gold bar. This design was the PAMP Fortuna design. The bar proved to be hugely popular, and the design was then used on all precious metals refined by PAMP. Today, PAMP manufacture the PAMP Fortuna series in gold, silver, platinum, palladium and rhodium. 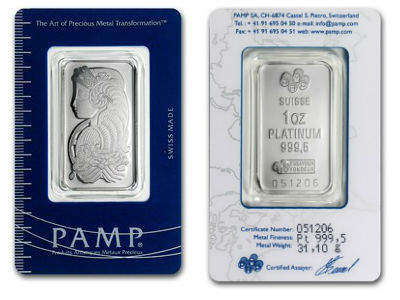 PAMP has recently released their own multigram bar series, in line with the popularity of the Valcambi combibar. The PAMP multigram platinum bar is sold as 25 x 1 Gram pieces of PAMP platinum, each of which are individually sealed in a small certicard. Each bar can be broken off from the main packaging. 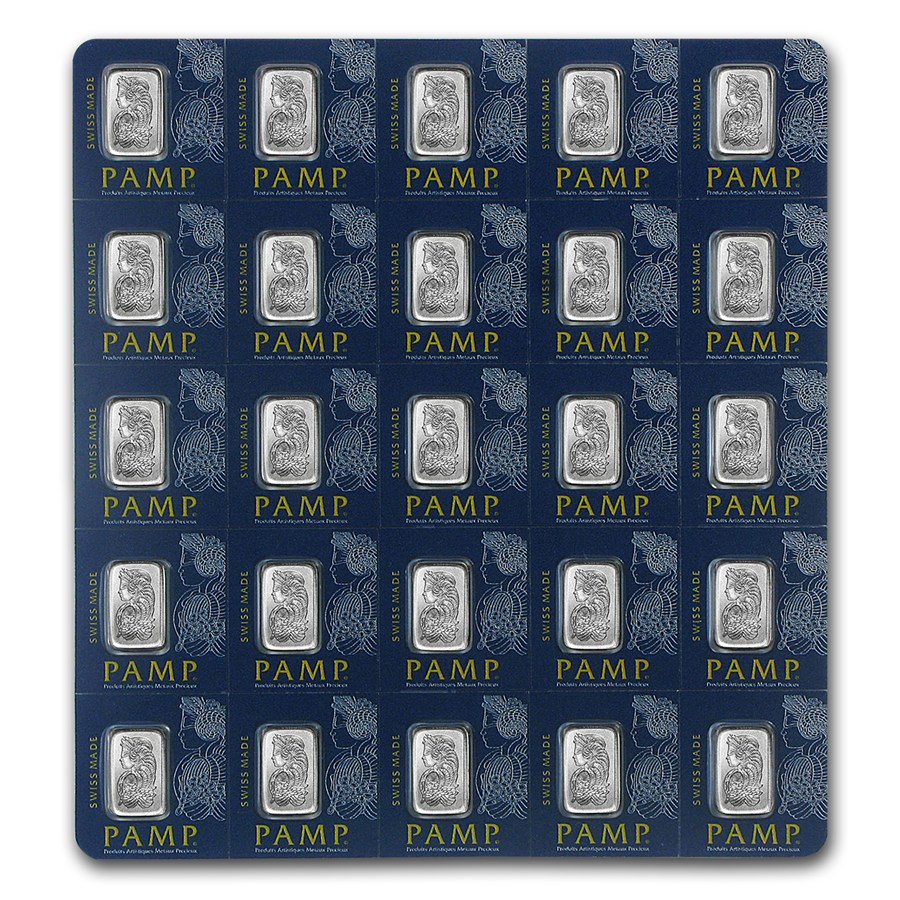 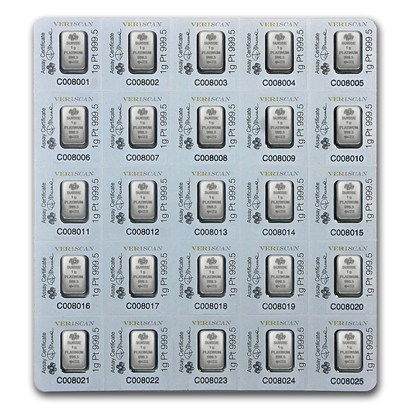 The front of each bar still features the PAMP Fortuna design, and the back contains the PAMP logo, with the weight, fineness, metal type and serial number of each bar. The serial numbers are not inscribed on the individual bars, only on the packaging. All PAMP platinum bars contain 999.5 fine investment grade platinum bullion.